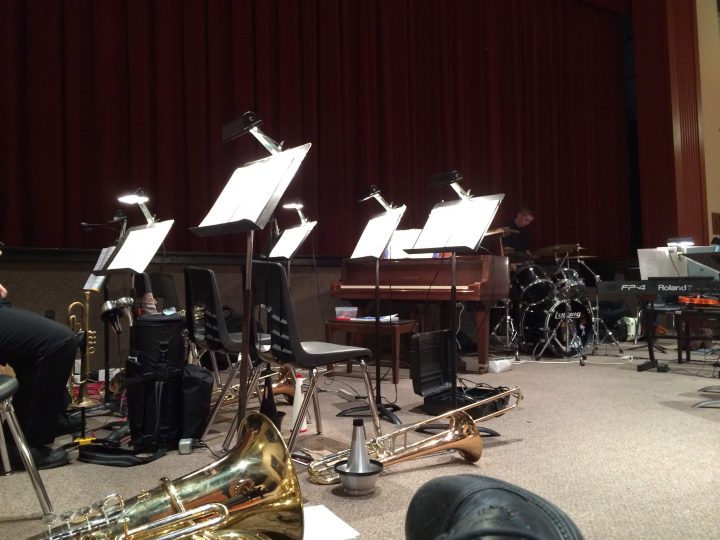 When you start playing an instrument for the first time, it can be hard to imagine where you’ll end up. Luckily, today I want to talk about some of my favorite ensembles. As a result, you’ll get a better idea of groups you should be able to join.

As it turns out, there are a lot of ensemble options for trombone players. In particular, however, I picked what I thought were the 5 best: concert band, jazz ensemble, pit orchestra, orchestra, and ska. Of course, there are plenty of other options including church bands and quartets/quintets/etc. You just need to find what’s best for you!

If you’re interested in learning about these bands, I’ve provided a description along with a few YouTube videos as examples in the following sections.

Without further ado, let’s get to the list! In particular, there are 5 ensembles which I felt were worth mentioning. In addition, there’s a section that includes a few additional choices if none of the main options meet your needs.

First in our list is concert band—which is sometimes called symphonic winds or wind symphony depending on the instrumentation and ability of the group. While concert bands aren’t my favorite groups to play in, they’re often the easiest to find and join, so they’re the only groups I’ve had the pleasure of contributing to over the past couple years.

In concert band, musicians are typically arranged in a large arch that contains anywhere from 30 – 150 players. In this arch, you can find pretty much any wind instrument including but not limited to:

In addition, concert bands often feature plenty of percussion including snare drums, timpani, and marimbas. Of course, it’s important to note that there are usually no string instruments like violins or cellos. This is what differentiates a concert band from an orchestra.

As a trombone player, this is probably going to be your first exposure to ensemble music. After all, almost every music program starts musicians off in some beginner concert band. In fact, I play in a community concert band once a week. Naturally, these types of groups have a low barrier to entry, so that’s why I include them in my list of ways to get better at trombone.

In terms of arrangement, trombones can typically be found toward the back of the ensemble near the trumpets and baritones. As you move closer to the front of the ensemble, you’ll find the clarinets, flutes, and other woodwind instruments.

If concert bands aren’t your thing, you might opt for a jazz band. Honestly, they’re my favorite ensembles by far, but your mileage may vary.

At any rate, Jazz bands typically come in two forms: big band and combo. In a big band, there are typically about 20 members which have the following breakdown:

As a trombone player, you’ll have plenty of options in a jazz ensemble. For instance, the trombone section is typically broken up into four parts including three tenor trombones and one bass trombone.

In terms of arrangement, trombones usually sit in 2, 1, 3, 4 part order where the lead trombone is lined down the middle of the ensemble with the lead alto and the lead trumpet. Meanwhile, the bass instruments are on one end of the ensemble and the percussion are on the other end.

While I love a good jazz ensemble, I think my second favorite group to join as a trombone player is a pit orchestra. If you’re not familiar with the idea of a pit orchestra, it’s a small group which plays exclusively for vocal events like musicals and plays. As a result, they tend to be short-term in nature, but they’re a lot of fun.

In terms of instrumentation, pit orchestras can pretty much feature anything—and I mean ANYTHING. After all, if they’re is a particular sound needed for a play, it will be available in the pit orchestra. That said, many of the groups I’ve played for included everything from a jazz combo to a brass band.

In order to get involved in a pit orchestra, you usually just have to get lucky. Many of the gigs I’ve played for were through invitations because they needed more trombones. Of course, I’m sure professional playhouses have formal auditions.

One of the other major ensembles is the orchestra which is a group similar to a wind symphony except most of the winds are replaced with strings. As a result, there are far fewer opportunities for wind instruments. However, trombones can still join. That said, orchestras typically only have enough space for two tenors and a bass.

Personally, I’ve never played in an orchestra, so I can’t speak to the experience. That said, my understanding is that your role as a trombone player is a bit like a percussionists role. In other words, you’re there to play accents, rhythm, and harmony—not necessarily melody. In addition, it’s almost necessary to have a trigger trombone to play orchestra music. If you’re interesting in learning how to use one, check out my article on F triggers.

Regardless, if you’re into that sort of thing, most universities have an orchestra. Unfortunately, I’m not familiar with many community orchestras, but there are plenty of professional orchestras as well—like the Cleveland Orchestra. Perhaps that’s something you could strive for.

If you’re more interested in punk music, there’s an entire genre dedicated to angsty brass called ska. Personally, I’ve never been in a ska band, but I’ve listened to it quite a bit. For instance, I linked a popular piece by Streetlight Manifesto called We Will Fall Together above. Check it out!

If you wanted to get involved in a ska band, you’d probably have to make one yourself. Unlike all the other bands on this list, you’d be unlikely to just stumble upon a ska band at your school or in the community.

Outside of the major groups I’ve listed, there are literally thousands of mixed groups you could get involved in. For instance, I spent a winter playing for a holiday trombone quartet. In terms of logistics, we basically just shuffled parts around, so everyone had a chance to play a solid range of pieces.

If quartets aren’t you’re thing, you could always join a local church band. Of course, church bands are usually small and include instruments like the guitar and piano. That said, nothing is really stopping you from filling a cathedral with your beautiful brass sound.

Likewise, you may get value out of niche groups like chamber and baroque ensembles. Personally, I don’t have any experience with them, so Google may be provide better resources.

And with that, I have nothing else to share. To summarize, there are five types of ensembles you can get involved in as a trombone player: concert band, jazz ensemble, pit orchestra, orchestra, and ska. Of course, don’t limit yourself to this list. There’s plenty more where that came from.

At any rate, what’s your favorite ensemble? Mine is jazz with pit orchestra making a close second. As always, if you enjoyed this article, give it a share. Otherwise, thanks for taking some time to check this article out, and don’t forget to respect the brass!